This week is going to be a little different around our house and around this site.  Today, a repost from last Wednesday and God’s amazing goodness and counting gifts.  Tomorrow, Time and Balance Tuesday.  The rest of the week will be photo posts, as I spent most of Saturday pulling pictures off of my SD card and editing them.

Also, I made the mistake of “playing with” my blog layout last week.  I am working on fixing the broken parts.  Won’t you let me know what you think of the new design?

Now let’s give glory to our God for His amazing goodness….

…And a God who brings all things together:

A month ago, my purse was stolen.  Prior to that we had been experiencing months of trials that are common to life, but they just never seemed to let up.  Seven days after it was stolen, it returned.  All by God’s grace and for His good pleasure.  My heart was delighted by this and it seemed to be a turning point in how things were going for us.  Life just seemed to improve.

Today I called the cleaners and found out my purse is back.  The cost of having it cleaned was a decent amount more than I had planned on and I just wasn’t sure how I was going to be able to go pick it up right away.  I decided not to worry too much about it and I would trust the Lord to take care of it.

Last night I sent two girls to my parents’ house while Matt had meetings, the older two had ballet, and I got groceries.  I made one last stop at the Dillon’s near my parents’ home to grab some of the deals in the expiring ad (and to get some produce, because I am so over WalMart’s produce).  I loaded the few bags of groceries out of the cart and into the back of my SUV, dutifully rolled my cart up and over the poorly placed median, and put it in the cart corral.  I began to walk back to the car and the silly cart started rolling backward away from the corral and out into the lot.  I went back and pushed the cart back into its spot and that’s when I noticed it….someone had left an iPad in the next cart in the corral.

I considered taking it inside and leaving it with customer service.  Those who know me know that I assume the best of just about everyone I meet, but I had a very uncharacteristic thought of, What if someone inside decides they would like to have an iPad, rather than returning it? So, I decided to just take it home and try to figure out who it belonged to.

I wanted to protect the privacy of the owner, so I did minimal snooping.  I found a cell phone number connected to the iPad and tried calling it.  No luck.  I sent a text.  Never heard anything back.  Today I did some deeper snooping and found an email address.  No reply.  So tonight I decided to really get nosy and began skimming emails and searching everywhere I could for some more contact information.

Eventually, I found out the owner’s last name (I already had her first name from another page).  Then I was able to find her address.  I looked online to find a home telephone number, but couldn’t.  I nosed around some more.  I put together that she had a couple of kids going to a local high school….  And then something just clicked in my head (it was, in fact, the Holy Spirit)…. her last name, kids at a certain school, they lived in a particular part of town, could it be???

I called my veterinarian’s office (that sounds random, doesn’t it?) and spoke with the assistant who answered the phone.  “Ellen, this is going to sound like a really strange question, but is the doctor related to a (so and so)?”  A slow yes was her reply.  “I think I have her iPad,” I told her.  She squealed and put me on hold to go tell the doctor.  He was elated.  I drove out to his office to deliver it to him before he went home for the night.

Once I was there, we visited for some time and I learned that the past few weeks for him and his family have been much like those few months over the summer were for us.  The iPad had been a gift from him to his wife for their anniversary; she used it all the time and had forgotten it in the cart in her hurry to get home last night.  She was devastated.  He was trusting God to take care of the details.

By the time I got to the office, He had written me a “reward” check and also told me that Coco’s next round of boosters (that she’s due for this month) were on him.  I told him that it wasn’t necessary, but he insisted.  I told him the story of my purse and that this money he was giving me was enough to pay for the cleaning bill and leave a little extra.

And we rejoiced together that God is good and He is in the details and He works in amazing and mysterious ways.

Oh, He is glorious!  And He is so tender to us, His children.  What a thrill to be on this side of a God-thing today.  He is good!

Those who go out weeping, carrying seed to sow, will return with songs of joy, carrying sheaves with them. ~ Psalm 126:6 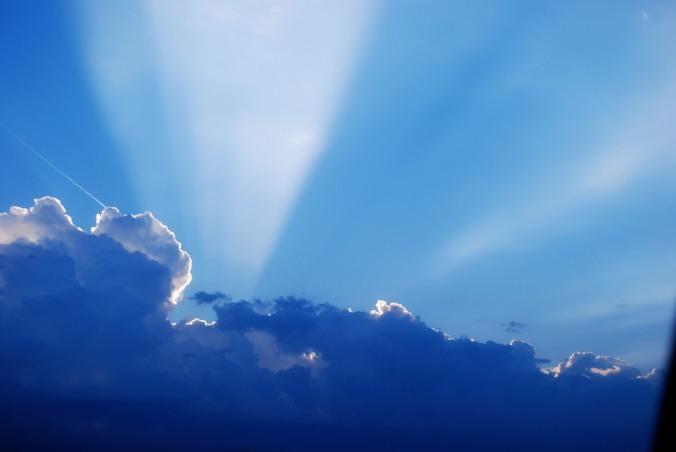 4 thoughts on “His Extravagant Love”