It’s the end of the day at the end of the week.  I’ve been quiet here again this week.  Practicing the proverb “where words are many, folly abounds”.  Actually, practicing not being that, hopefully.   My ears and emotions are tired, but I want to set my heart on the good.  I want to remember what I read on Ann’s page this week, “That which I refuse to thank Christ for, I refuse to believe Christ can redeem.”  I believe He will redeem this season.  He will make beauty from ashes, good from hard times.  Trusting that is the only thing that gets me through some of the days lately.

Today the girls and I spent the afternoon making the house look like this: 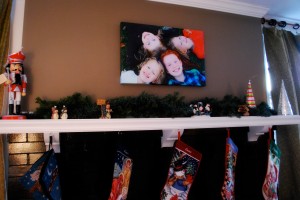 I love my house at Christmas; it almost seems to have been built for the season.  (Well, except for how drafty it is.)  And while this blessedly long fall means it doesn’t really feel like the Christmas season yet, at least we’re ready!  😉

Tomorrow Matt and I will go do some Christmas shopping.  Alone.  Together.  #bliss

I have to say that I am feeling totally ahead of the game, even though I’m really not.  But some gifts are purchased and about half of the Christmas cards have been ordered and it’s not even Thanksgiving.  It’s been several years since I’ve been this prepared.  In fact, I’m guessing it’s been six years, since that’s how long ago I had a baby due during the holidays.

Anyway, that’s it for me.  Life is good even when it’s hard and I want to be thankful for it all.

2 thoughts on “Week in Review”